William Sanger was mentioned or featured in the following newspaper and magazine articles, in addition to the articles above:

“He works seriously in a modern rather than ‘modernist’ manner, paying attention to his volumes of color… and all his architectural subjects strike an authentic note. His color is steely and harsh, apparently true to the spirit of the country, and there is strength in his association of lines.”

“He has painted the grim lands and gray architecture of old Spain in the same fluent mood that he brought to the presentment of the storm-shifting sands of Cape Cod, Mass. He is free and modern in spirit without being aggressively modernist in .  His paintings evidence that he has fallen under the same spell which that ancient country cast over El Greco, Goya Zuloaga.”

The following are transcriptions of articles from The New York Times: 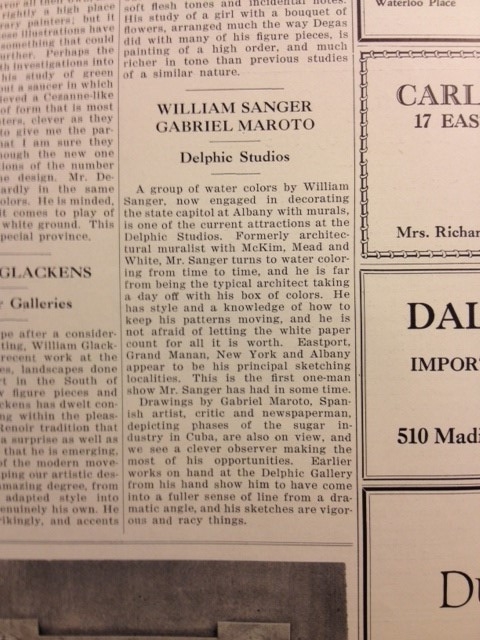 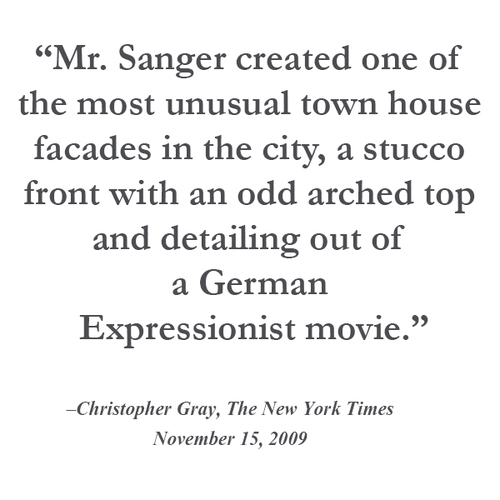 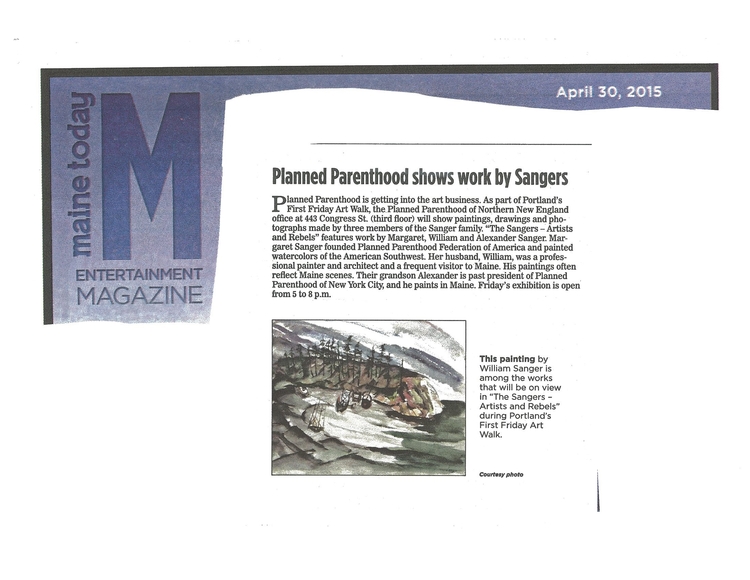 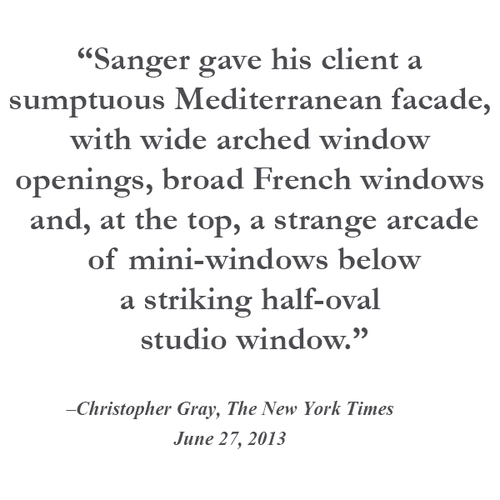 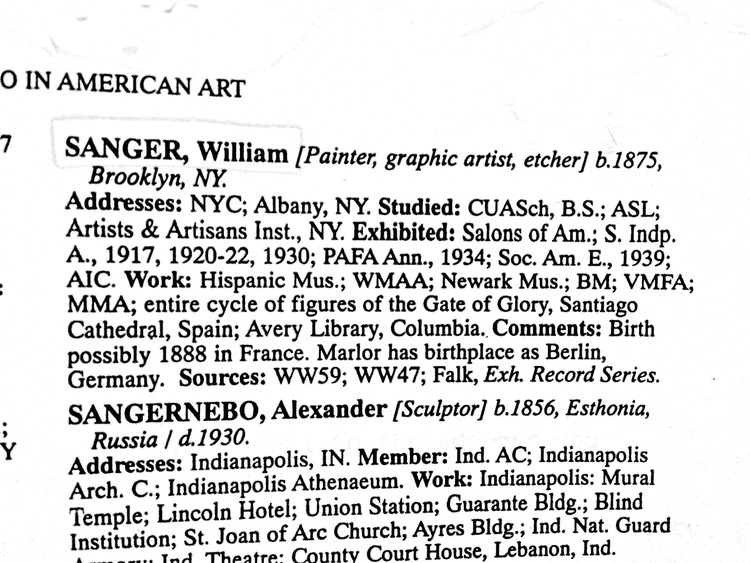 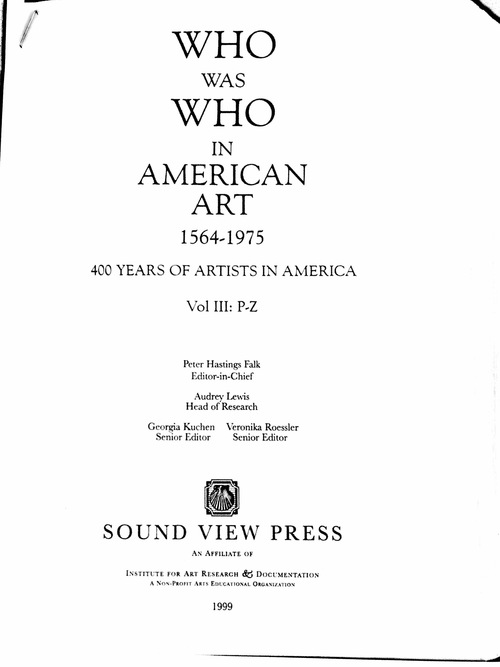 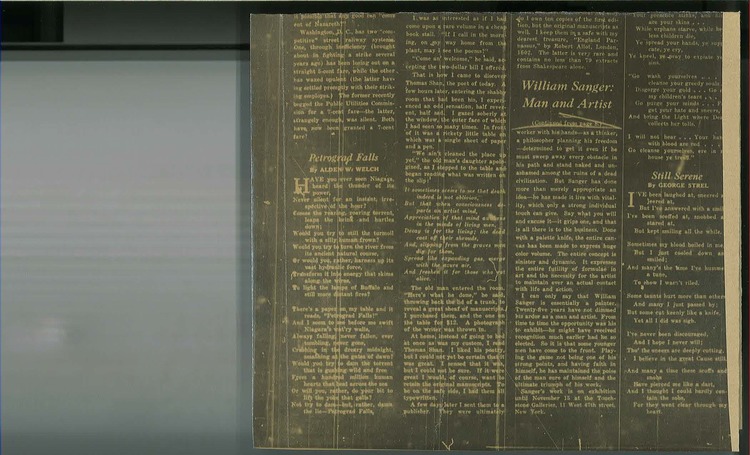 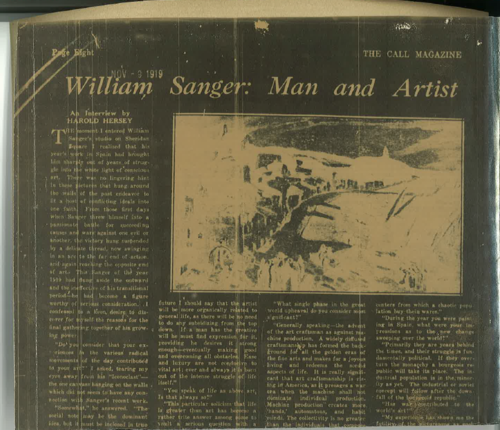